Feminists for the right to the city 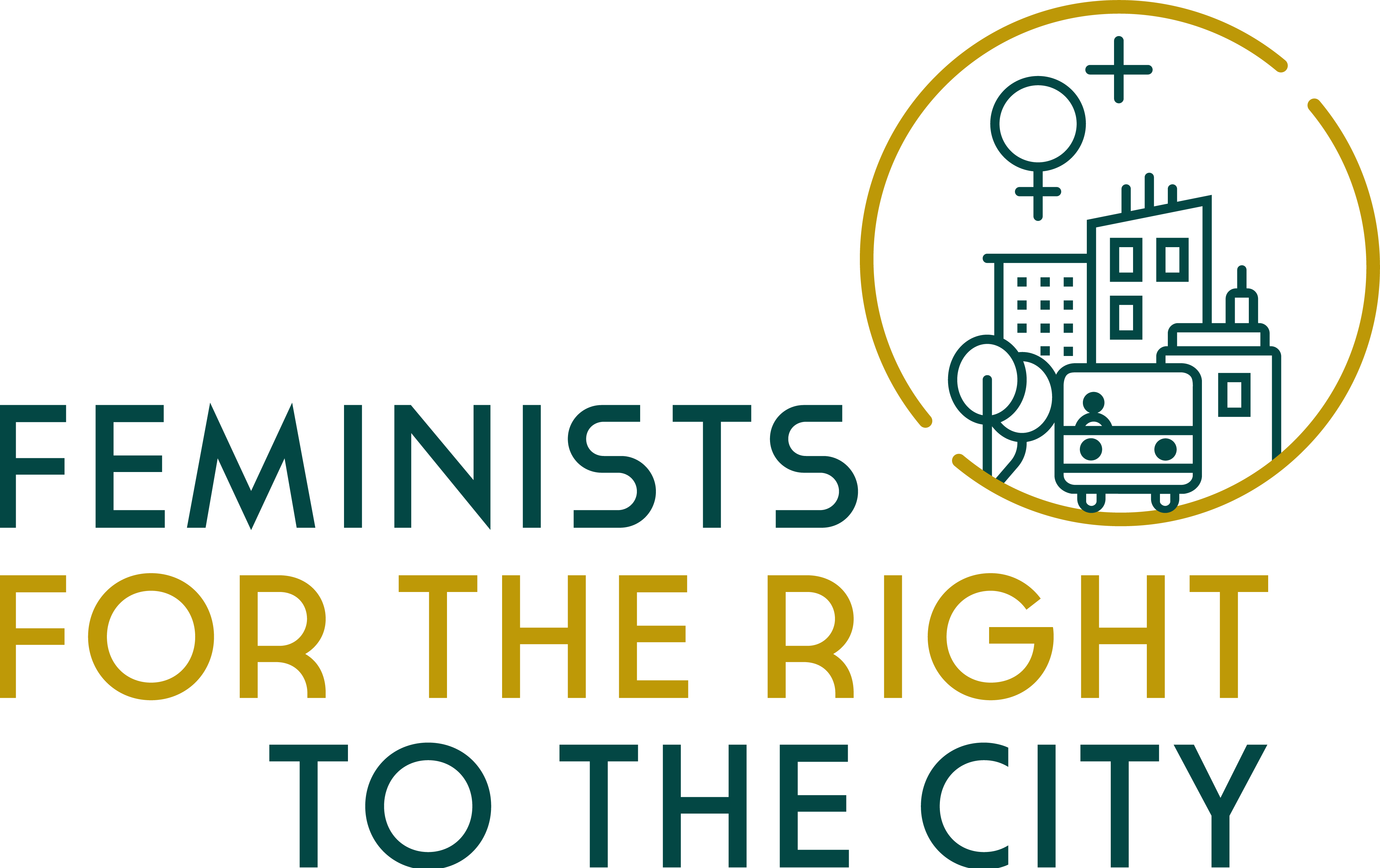 All Montréal women have a right to the city

The right to the city involves being able to live in, move around in, and use the resources of a city, but also to take part in debates and the decisions that involve the daily functioning, the construction, and the transformation of urban spaces. This ideal is rarely achieved because patriarchy, capitalism, ableism, racism, colonialism and heteronormativity are obstacles to feeling safe, going to and using places and services, finding reasonable housing, and being heard and participating in decision-making processes.

With less than a year to go before the elections, this is THE moment to reflect together on intersectional perspectives for the future of Montreal.

What kind of city do we want to live in?

The Table des groupes de femmes de Montréal attempt to respond to this question in the webinar series Feminists for the Right to the City. These virtual events introduce various intersectional feminist perspectives to explore the spaces that shape Tio’tià:ke/Montreal island. Together, we identify the issues that serve as obstacles to the right to the city and discover what actions we can take to make the city more inclusive.

Each webinar begins with a panel of representatives from women’s groups and mixed-gender organizations. They will brush a portrait of the issues that cause obstacles to accessing dedicated spaces for culture and recreation, local businesses and services, nature, work, public spaces, mobility-centred spaces, and places to live. They also present the projects, practices, or tools established by their organization, as well as ideas for actions to solve the lack of safety, representation, accessibility, and equality of access to these spaces.

How can we fight climate change and protect our territories using an intersectional feminist perspective?

Webinar 3 on nature and environment

We are already experiencing the results of global warming, which, in the city, results in more and more frequent heat waves. These impacts are felt more strongly in areas where there are more people who are experiencing poverty, more racialized people, and more Indigenous people. To fight and adapt to climate change, it is necessary to protect the environment and promote natural spaces in the city. For instance, the creation of cooling islands, urban agriculture initiatives, reducing our dependence on cars, and reducing waste. It will be crucial to put social justice at the heart of actions and mobilisations to protect the environment and the fight against global warming.

The webinar will open with a panel that will introduce analyses and actions grounded in intersectional feminist perspectives on climate change, the ecological transition and territorial protection.  The panel will be followed by a discussion workshop to identify the main obstacles, opportunities for demands and actions to be taken as feminists for a more inclusive city.

How can we develop lively neighbourhoods while considering accessibility and adaptations to the realities of everyone who lives there?

Webinar 2 on Local Businesses and Services

One of the advantages of living in a city is having access to nearby businesses and services, which allow residents to do most of their daily activities near their homes. This isn’t the reality for all city dwellers, however, because some areas lack these services (food deserts) and because the businesses and services are not accessible or are not adapted to the realities of all women in Montreal. Currently, there are even fewer available and accessible services because of the sanitary measures in place and because of the gentrification which is driving up rent costs across the city.

The webinar will open with a panel that feature women from Montreal who are involved in economic development and the vitality of commercial arteries, but also representatives from organizations who introduce women to services that are relevant to their needs. The panel will be followed by a discussion workshop to identify the main obstacles, opportunities for demands and actions to be taken as feminists for a more inclusive city.

How can we make creative spaces and venues more representative, safer, and more accessible?

webinar 1 on culture and leisure

Montreal is known for its many festivals and for being a cultural hub, not only downtown at the “Quartier des Spectacles”, but also in many venues across the boroughs and cities that make up the metropolis. However, women, particularly those who live at the intersection of several oppressions, are underrepresented in cultural programming. Many women cannot take advantage of the city’s cultural offerings because of the lack of accessibility of venues and performances, because they don’t relate to the content, or because they don’t feel safe.

The webinar begins with a panel discussion that aims to explore initiatives developed to promote gender parity and cultural diversity in the world of arts and culture, but also ways to improve safety and accessibility. The panel will be followed by a discussion workshop to identify the main obstacles, opportunities for demands and actions to be taken as feminists for a more inclusive city.